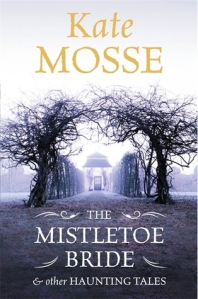 What’s The Drowned Village all about?:

This is the story of a young boy called Gaston whom after tragic circumstances in his own life becomes embroiled in a strange ceremony to celebrate the ghostly inhabitants of a village under the sea.

I love anything with a bit of a ghostly feel, a thrill, something that chills me and makes my heart beat a little faster and when it happens to be a bit fairy-tale inspired also, you can pretty much guarantee I’m going to be a happy little bookworm. I’m not quite sure if The Drowned Village delivered on all of these counts. There were parts of it that were absolutely beautiful and certainly made me (almost) shiver but it didn’t seem to hit the spot in exactly the right way I was hoping.

As Kate Mosse tells the reader in the Author’s Note which she writes after each story (which I love by the way!) this story is based on an old Breton folk tale which of course, with my love of the mythical and other-worldly I was very intrigued by. It is a very fascinating concept, one of tides entirely reclaiming a village and its final stubborn inhabitants who refused to move. However, on certain nights you can still hear the villagers moaning under the water and a dim light under the waves can still be seen if you look very closely.

However, before all of this, we meet our main character, a lad called Gaston who is receiving a very coveted scholarship at school to go and study at a boarding school many miles away. We get the sense Gaston has already suffered too much in his young life from his worn clothes, demeanour and difficult relationship with his parents, who also seem to be a clear target for other children to make fun of. When tragedy strikes, Gaston who has no other relatives is sent to live temporarily with a school friend who tells him all about the drowned village and how annually, a festival is held by the believers of the village where the ghostly sea people return to the land for a brief period of time. At first, I wondered how Gaston and this other thread of the story were going to be connected but it does end up merging together near the end when he becomes involved unintentionally in the ceremony.

So there were quite a lot of things in this story that I enjoyed. I really liked the character of Gaston, his vulnerability but also incredible internal strength under adversity and as mentioned earlier, I did appreciate the folk tale aspect of the ghostly village people. There are some quite potentially frightening moments during the annual ceremony at the festival but I can’t help but feeling like they could have been executed slightly better – perhaps with a cliffhanger of an ending that kind of almost happened but didn’t in the end. I think if it had ended in the way I was expecting I would have been left with a better overall feeling of this story and don’t get me wrong, I definitely enjoyed it, just maybe not as much as I was hoping to. That’s not to say that others won’t feel the complete opposite though!

NEXT SHORT STORY: Alice Through The Plastic Sheet by Robert Shearman from the collection A Book Of Horrors 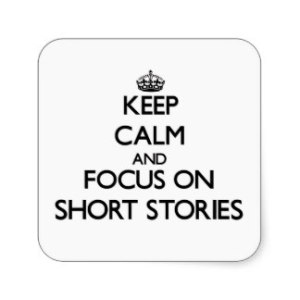 I’ve read some terrific stories in Part One of my Short Stories Challenge for 2017 so far! However stand out stories have to be The Raft by Stephen King from the collection Skeleton Crew and The Butcher Of Meena Creek by Dianne Gray from the collection Manslaughter And Other Tears. Here’s to finding some more great short stories and authors in Part Two!

Gallowberries by Angela Slatter from the collection Sourdough And Other Stories

Thorn In My Side by Karin Slaughter (stand-alone)