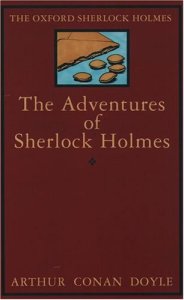 What’s The Adventure Of The Copper Beeches all about?:

The Adventure Of The Copper Beeches follows a young woman who seeks Holmes’ advice and assistance when she is asked to take the position of a governess under peculiar circumstances.

I feel like I haven’t read a Sherlock Holmes short story in such a long time! This is partially down to how long it takes for this particular collection to roll round in my Short Stories Challenge and secondly, I’ve been a bit lackadaisical about my challenge recently, sometimes not being in the mood to read one short story per week and other times letting my backlog of reviews take priority. However, I hadn’t realised it was the final story in the collection and was delighted to discover that Conan Doyle concludes this series of adventures with Holmes and Watson on a high. The Adventure Of The Copper Beeches is coincidentally set in Hampshire where I spent a large portion of my early adulthood and where my parents still live now so I was charmed to read about an area that holds a very special place in my heart. 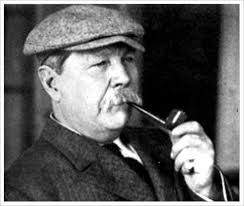 The final story in this collection begins with a classic Holmes and Watson conversation where Holmes parades his ego, chastises Watson slightly for his “literary shortcomings,” when writing about all their previous cases and Watson becomes rather cross but only internally as he’s more than familiar with the way Holmes’ mind works and his rather brusque way of speaking and realises he means no personal slight by it. Soon enough, a young woman enters their rooms on Baker Street and begs their assistance with a very strange issue that at first, seems quite trivial but as the story continues, becomes more and more mysterious. She has been asked to take the position of governess in a country house close to Winchester to assume charge of one small boy and some other, more curious duties. This includes wearing a particular electric-blue dress, sitting in a specific spot and cutting her long, chestnut hair short.

She is understandably flabbergasted by these requests and is willing to do everything but cut her hair until her employer, Mr Rucastle offers her more money and practically destitute, she agrees to accept the job. It’s only as she begins to bow to the peculiar little whims of Rucastle and his wife that she realises something strange and rather uncomfortable is going on here and it’s up to Holmes and Watson to crack the case. 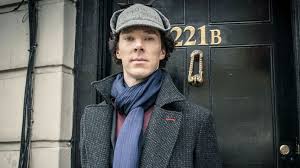 Benedict Cumberbatch as Sherlock Holmes in the British TV series.

Conan Doyle certainly knew what he was doing when he was writing Sherlock Holmes in the late 1800’s. I do wonder if he would be shocked at how popular his work and his infamous detective still continue to be over one hundred years later and how many readers continue to be enraptured by the numerous mysteries and the infallible logic of Holmes himself. Let’s be honest, Holmes isn’t exactly the best at social interaction or niceties and even his most loyal friend Watson, gets frustrated with the way he goes about things, evident in The Adventure Of The Copper Beeches from the very beginning. Somehow, despite (or maybe because of) his eccentricities, readers like myself keep flocking back, undeniably curious to follow the deductions of a completely extraordinary mind.

Saying that, I did feel this specific short story didn’t have as much in the way of Holmes’ celebrated logic as other stories in the collection and for me, it was far more obvious what was going on in the Rucastle abode. Of course, this didn’t mean that I enjoyed it less and I certainly didn’t manage to piece together every single bit of the puzzle but it did seem less vague and easier to solve than other mysteries that I remember from this collection generally speaking.

If I’m thinking about the short story collection as a whole, I wouldn’t hesitate to whole-heartedly give it a big “thumbs up.” Yes, there are stories in there that are stronger than others but I believe that’s the case with most short story collections by one author that I come across. As an example of Conan Doyle’s genius, it’s nothing short of a masterpiece and is the perfect introduction to Holmes if you’ve never read him before or provides a nostalgic re-read for a die hard fan.

NEXT SHORT STORY: My Mother’s Wedding by Tessa Hadley from the collection Reader, I Married Him: Stories Inspired by Jane Eyre edited by Tracy Chevalier. 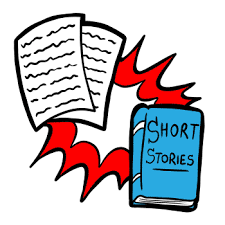 Hello everyone and welcome to the second part of my Short Stories Challenge for 2018. I have to admit, I’m feeling a little disillusioned writing this post and preparing which short stories I’m going to read for the next few months as in Part One earlier this year, I had so many disappointments and very few stellar stories that stood out to me. I think the biggest failures for me would have to be The Balloon Hoax by Edgar Allan Poe and Books And Roses by Helen Oyeyemi but I could mention a few more. However, let’s end on a positive – there was the wonderful The Apple Tree by Daphne du Maurier and Dibblespin by Angela Slatter which completely restored my faith in short stories. It is because of stories like these that I want to carry on with this challenge and find more great authors like the many, many ones I’ve found so far, purely from their short fiction alone. Let’s do this!

The Coincidence Of The Arts by Martin Amis from the collection Stories To Get You Through The Night.

Beachworld by Stephen King from the collection Skeleton Crew.

Set-Up by Dianne Gray from the collection Manslaughter And Other Tears.

Some Drolls Are Like That And Some Are Like This by Lucy Wood from the collection Diving Belles.

The Bloody Chamber by Angela Carter from the collection The Story: Love, Loss & The Lives Of Women.

The Underhouse by Gerard Woodward from the collection The New Uncanny: Tales Of Unease edited by Sarah Eyre and Ra Page.

The Adventure Of The Copper Beeches by Arthur Conan Doyle from the collection The Adventures Of Sherlock Holmes.

My Mother’s Wedding by Tessa Hadley from the collection Reader, I Married Him: Stories Inspired by Jane Eyre edited by Tracy Chevalier.

THIS BOOK! 😍😂 Apart from the stunning detail and gorgeous end pages, this is an absolute delight to read from the very first few pages. I’m already eyeing up a spot in my favourites shelf to keep it after I’ve finished. #bookstagram #bookworm #beautifulbooks #highlyrecommended #currentlyreading #unmentionablethevictorianladysguidetosexmarriageandmanners #thereseoneill #favouritebooks #readitnow