The opening title of Paul Scott’s masterpiece, The Raj Quartet.

India 1942: WWII has shown that England is not invincible, and the self-rule lobby in India is growing. Against this background, Daphne Manners, a young English girl, is brutally raped in the Bibighat Gardens. The racism, brutality and hatred heaped upon her young Indian lover reveal the desperate state of Anglo-Indian relations. The rift that will eventually prise India — the jewel in the Imperial Crown — from colonial rule is beginning to gape wide.

Before starting this novel, I had heard great things about Paul Scott’s The Raj Quartet, and when it was picked by a GoodReads group as part of the British Empire Challenge, I knew I had to read it. The novel opens in India 1942, where the British stationed there fear not only talks of a Japanese invasion but India’s demands for independence. You get the feeling that Paul Scott knows exactly what he is writing about, he served in the army based in India and Malaya from 1940-1946 so the story has an authentic feeling. On the night after the Indian Congress Party votes to support Ghandi, riots break out across the country and a British girl, Daphne Manners is raped by a number of young men. Scott begins the novel with the beginning of the riots, and the story of an English missionary teacher, Miss Crane then spends the rest of the novel by assessing different viewpoints of all the characters who surround Daphne or are involved in the situation in some way which was really interesting to read. I particularly enjoyed Daphne’s own journal entries where we find out her secret, and see just how destructive an Anglo-Indian rift can be, especially when an innocent man is accused of a crime he did not commit, purely because it seems impossible to some that two young people of different colours can be lovers.

There are so many fantastic characters in this book, the scene where the teacher Miss Crane is sitting by a roadside holding the hand of her Indian friend who has been bludgeoned to death by a mob while an overturned car burns in the background is a haunting and terrible image, yet one that Scott uses brilliantly as a beginning the troubles discussed in this novel. There is also Sister Ludmila, who is not actually a Sister religiously speaking, but wears the habit and trawls the city streets for the dead and seriously ill to take back to her Sanctuary and nurse them or bury them as the case may be. Scott’s poetic use of language and descriptions of India are honest and also beautiful, although I did find some parts a bit dry and difficult to get through. I persevered however because the colourful characters and back story of Daphne was just too intriguing and I had to find out the truth of what actually happened. I can definitely see why this author won the Man Booker Prize (for Staying On in 1977), and will probably pick up the rest of his Raj Quartet. My only real criticism is that I would have liked to read more about Ghandi and his thoughts and ideas, but this does in no way diminish how special and important I feel this book is as an example of our history.

Welcome to another WWW Wednesday, and thanks as ever to MizB for hosting. I’ve been away from this meme for a bit as I’ve been moving house, sorting out a new job – the usual boring demands but I’m back!

I’ve been reading this book for what seems like ages but it’s quite a slow burner. It’s part of the British Empire challenge I participate in with a book group on GoodReads and quite an interesting and informative read.

What did you recently finish reading? 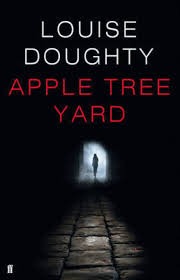 This book is one of the Richard and Judy Spring Book Club 2014 reads, and I reviewed it with my sister and fellow blogger ChrissiReads. Go to one of our blogs to check it out!

What do you think you’ll read next?

This is the final part in Peter May’s Lewis Trilogy, set in the Outer Hebrides of Scotland. I’m really excited about this one and can’t wait to start it!

What are you reading this WWW Wednesday? Please leave your link and I’ll stop by and pay you a visit. Happy Reading Everyone!