What’s Jamila all about?:

Remaining constant even as it fades in and out of view is the great Mount Fuji, one of Japan’s Three Holy Mountains. It serves as the anchor for these characters lives, and for Randy Taguchi’s Fujisan, an exploration of redemption, discovery, loss, and remembrance and the eternal bond with the mystical natural powers that connect us all. In Jamila, we learn about a young man who is beautiful on the outside but fears he is empty inside and an old woman who is using garbage to replace a hole in her heart.

Jamila is the third story in this collection by Randy Taguchi, and yet again another example of truly beautiful writing in my opinion. Our narrator is a very attractive twenty-something man who has been pushed to achieve great things all his life by his parents but is uncomfortable with who he is inside. He gives up a menial job in a securities firm but his father manages to acquire him a post in the Office of Environmental Quality, expecting him to worm his way up to the top in no time. One of his duties as an environmental officer is to deal with a local “problem” in the form of an old woman who hoards trash. This has become an environmental issue as the trash is piling up from the house into the street, and has begun to smell awful, affecting the neighbours in the vicinity.

Our narrator is horrified at first when he sees the extent of the problem and when he is first introduced to the old woman he nicknames her “Jamila” in reference to a monster he remembers from a children’s TV show in his past. He begins to watch Jamila to try to understand more about her as he has been told that although the accumulated garbage poses a health hazard, they must have the old woman’s permission before they can remove it. He watches as every day she hobbles out to collect more rubbish and sorts through it, sometimes finding something to eat before adding it to the pile and crawling through the little tunnel she has made back into her house. After a while, our narrator seems to find a common ground with Jamila and is certain she is using the rubbish to fill a hole that he feels is also present in his own life.

Our narrator is also an intriguing character as we learn more about his childhood, his pushy parents and his relationships with women which often turn sour very quickly. He is not particularly a likeable character, indeed there are some parts of his life that are quite shocking to read but always in a way that made me turn the pages desperate to see how it was all resolved. And of course, the ever present Mount Fuji whose forests apparently also represent a dumping ground for the trash of Japan. Another beautiful and compelling story by Randy Taguchi that needs to be read and savoured – I’m actually quite sad that the next story in this collection is the final one, I’ve definitely found an author to look out for. 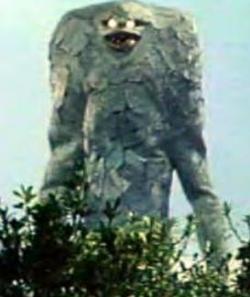 NEXT SHORT STORY: The Seagull Army Descends on Strong Beach, 1979 by Karen Russell from the collection Vampires in the Lemon Grove

What’s The Sea of Trees all about?:

The Sea of Trees is the second story in this collection by Randy Taguchi which tells the story of three boys who face a frightening lesson in mortality. All the tales in this book feature Mount Fuji in some way, which serves as the anchor for these characters and is an exploration of redemption, discovery, loss and remembrance and the eternal bond with the mystical natural powers that connect us all.

There are three main characters in this story, boys named Satoshi, Yuji and Jun, the latter of which is introduced as our narrator for the duration. The boys have completely different personalities varying along the scale of introvert to extrovert as we can tell from the start, but have all become friends and celebrating their last time together before going off to separate high schools. They decide to do this by visiting the woodland known as The Sea of Trees by Mount Fuji, a spot known notoriously as “suicide central,” a peaceful place where people decide to end their lives.

“They say that if you got lost in here you’d never escape. It was supposedly a natural maze, and even magnetic compasses went haywire in this dangerous forest.”

The boys are filled with trepidation and excitement about their journey through the forest and their eventual camp site, but prepare their way with plenty of chocolate (for energy of course) and mark their progress through the woods by looping bright tape around trees, almost like a trail of breadcrumbs. As they reach their camp for the night, the conversation turns to more serious topics such as life and death, and the concept of the self in relation to how we view the world. The tale turns a lot more sinister however, when secrets emerge from all three boys that they have never told anyone before, and they literally stare death in the face for the first time.

I know that I’m only on the second of the stories from this collection but this one has to be my favourite so far. The characters of all three boys were all so different and incredibly complex, especially the character of Yuji who gave me quite conflicting emotions – he was both fascinating and slightly scary while closer to the end of the story, made me feel a great deal of pity towards him. When the boys face a situation of life and death in the forest, I couldn’t put the book down until I knew how it was going to end. Believe me, you are going to want to read this haunting, spiritual and poignant view of death that may make you look at things in a whole different light.

NEXT SHORT STORY: Reeling for the Empire by Karen Russell, from the collection Vampires in the Lemon Grove