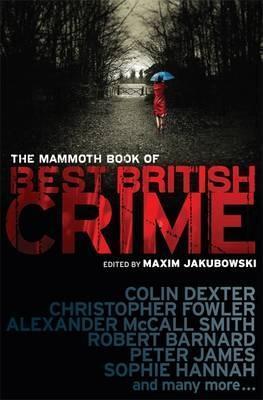 What’s Ghosts all about?:

Ghosts is a short story about an investigator called Jack Kiley who agrees to take on a case for a mother who wants to find her son’s killer.

This is the second story in this collection of British Crime fiction, and is incredibly short – I think I read it in about five minutes or even less than that. It involves an investigator called Jack Kiley who we meet in his office mid-morning where he seems slightly bored and is awaiting business from the small advert he has placed in the local newspaper: Investigations: Private and Confidential. All kinds of security work undertaken. Ex Metropolitan Police. Just then, he receives his first potential client, Rita Barnes who is desperate to find her son’s killer. Kiley is familiar with the name and with the case, the young man Bradford Barnes had been on his way home from a party and had accidentally bumped into a young woman. Stopping to apologise, he had been set upon by a group of men with the women, one of them her boyfriend and been fatally stabbed. His killer had yet to be found and charged, although when Kiley speaks to his contacts at the police, they are well aware that the boyfriend of the girl, Jason Means was to blame but had been unable to pin anything on him forensically speaking and others including the girlfriend were keeping their mouths shut. Kiley accepts the case and doggedly works at it until he gets the required result.

Without actually telling the whole story, I can’t say much about it apart from that. It is surprisingly short as I mentioned, and in one way this can be a good thing if the story immediately grabs your attention and has a killer ending, but I felt a bit disappointed by the end of this one, as if I wanted slightly more. It almost seemed like a spin off story where a well known character is given his own short story for the pleasure of the fans of the series, but I couldn’t find any books by the author where Jack Kiley has appeared before. If anyone knows different, I’d be interested to know! Saying all this though, the writing was good, and I wouldn’t mind reading more by this author as someone who has never read his work before.

Hello 2014! I absolutely loved my Short Stories Challenge which I started last year. I found lots of new authors, and a new found respect for short stories in general. So here we go again…..

Clara and the Rat Man by Michel Faber from the collection The Apple: Crimson Petal Stories

Come Rain or Come Shine by Kazuo Ishiguro from the collection Nocturnes: Five Stories of Music and Nightfall

Charcloth, Firesteel and Flint by Caitlin R. Kiernan from the collection A Book of Horrors

The Monkey by Stephen King from the collection Skeleton Crew