I’ve been on holiday for two weeks in the beautiful Scottish Highlands, so this is my first WWW since returning, thanks as always to MizB for hosting!

What are you currently reading?

I loved Barbara Kingsolver’s previous book The Poisonwood Bible, and this, her latest novel, was shortlisted for the Women’s Prize for Fiction 2013.

What did you recently finish reading?

This book really surprised me! I’ve read it before my pre-blog days and thought it good, but second time round I loved it! My post can be found HERE. 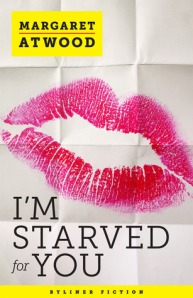 This stand-alone by the great Margaret Atwood is part of my Short Stories Challenge this year. It’s also part of a series, which I didn’t realise so am looking forward to the next installment. My review will be up very soon.

I’ve only read one Simon Mawer book before, The Glass Room, and absolutely loved it so looking forward to this! It will be a review by myself and my book-blogging sister, Chrissi.

What are you reading this Wednesday? Please leave your link and I’ll come take a look! Happy Reading Everyone!

What’s I’m Starved For You all about?:

The gated community of Consilience isn’t your average American town, but in a near future imagined by bestselling author Margaret Atwood (“The Handmaid’s Tale,” “The Year of the Flood”) it may be as close as anyone can hope to get.

Husband and wife Stan and Charmaine are among thousands who have signed up for a new social order because the old one is all but broken. Outside the walls of Consilience, half the country is out of work, gangs of the drug-addicted and disaffected menace the streets, warlords disrupt the food supply, and overcrowded correctional facilities churn out offenders to make room for more.

The Consilience prison, Positron, is something else altogether. The very heart of the community and its economic engine, it’s a bold experiment in voluntary incarceration. In exchange for a house, food, and what the online brochure hails as “A Meaningful Life,” residents agree to spend one month as inmates, the next as civilians, working as guards or whatever’s required.

We all know Margaret Atwood has written some great stories, Alias Grace and The Handmaid’s Tale stand out for me personally, so I was intrigued to read this short and strange little story that is the first of a series placed in a dystopian future world. In this world, known as Consilience, volunteers are required for a new experiment in living. As prisons become over-run, crime is rife and people are literally “starving,” the community offers a month in dedicated housing with a specific job and income, then a spell in the Positron (or prison) working on alternate months. All a bit confusing, as you wonder why someone would voluntarily incarcerate themselves. However, the guarantee of a decent job both inside and outside, and the complete lack of brutality whilst within the Positron whilst contributing to something worthwhile, seems like a good offer and one that many gladly take up.

Our main characters, Stan and Charmaine, a married couple are stuck in a bit of a rut. Although their relationship is stable, it progresses along in a hum-drum manner and neither individual are happy with their lot. After a month in their allocated housing they both enter Positron for another month, kept apart from each other but involved in meaningful tasks like er… looking after chickens and bumping off people who form a threat or need to be got rid of for some unknown reason. An Alternate couple take Stan and Charmaine’s place in the housing for a month, but the two couples are forbidden to meet. When Stan finds a hidden note from the Alternate woman apparently to her husband which is slightly saucy, his imagination goes into overdrive and he considers breaking the Consilience rules to meet this woman and find a little excitement in his life. His wife Charmaine, on the other hand, has a naughty little secret of her own.

I adore Margaret Atwood’s writing style, and like with her other works, I felt at home with this story immediately. The dystopian Big Brother world she presents is unique and intriguing, and I’m glad this is a series of stories so I can further satisfy my curiosity. The thought of drone cars patrolling a city to keep an eye on things is eerie, and she describes the coldness and rigidity of life under the Consilience beautifully. Although Stan and Charmaine are not really likeable characters, the roles they fulfil in society are interesting and I can’t wait to delve a bit deeper in the follow-up. My only issue/criticism is that I feel it ended too abruptly, but on a positive note, it will probably make sure I read on.

NEXT SHORT STORY: These Hands – Kevin Brockmeier, from the collection Things That Fall From The Sky. 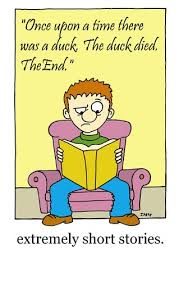 A podcast that I love and listen to regularly is Books on The Nightstand and it is they who are responsible for sparking my interest in the short story. They have dubbed 2013 the “year of the short story,” and to celebrate, one of their pod-casters is reading one short story a day. I cannot promise that dedication so have decided to read one story a week, after realising this is the perfect opportunity to start reading all those short story collections on my Kindle or in “tree-book” version that seem to be accumulating.

I’ve finished them all, of course!

The Infamous Bengal Ming – Rajesh Parameswaran from I Am An Executioner

As always, if anyone would like to join me in a read-along, you are more than welcome. Happy Reading Everyone!