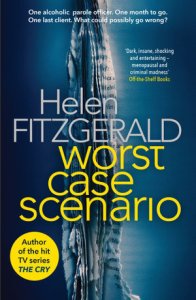 A delicious dark, relentless and chilling psychological thriller by the international bestselling author of The Cry

‘The harrowing plot keeps you gripped until the final, devastating revelation’ Sunday Mirror

Mary Shields is a moody, acerbic probation officer, dealing with some of Glasgow’s worst cases, and her job is on the line.
Liam Macdowall was imprisoned for murdering his wife, and he’s published a series of letters to the dead woman, in a book that makes him an unlikely hero – and a poster boy for Men’s Rights activists.
Liam is released on licence into Mary’s care, but things are far from simple. Mary develops a poisonous obsession with Liam and his world, and when her son and Liam’s daughter form a relationship, Mary will stop at nothing to impose her own brand of justice … with devastating consequences.
A heart-pounding, relentless and chilling psychological thriller, rich with deliciously dark and unapologetic humour, Worst Case Scenario is also a perceptive, tragic and hugely relevant book by one of the most exciting names in crime fiction.

First of all, thank you so much to Anne Cater for inviting me on this blog tour and to Karen Sullivan and Orenda Books for providing me with a complimentary digital copy of Worst Case Scenario in exchange for an honest review. What can I say? I wasn’t expecting this at all! I haven’t read any of the author’s previous books so had no expectations in term of style or substance and she delivered on both counts with such a unique piece of work and a different, interesting female protagonist that I was instantly hooked. It probably helped that the novel begins with such an intriguing first line that I challenge anyone not to want to read on further:

“Every time Mary tried to relax in a bath, a paedophile ruined it.”

I have no words. I just needed to read on after that! 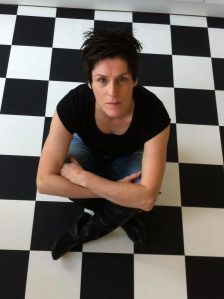 Worst Case Scenario was a novel for me that encompassed so many different genres. It combined contemporary Scottish life with a psychological thriller and crime element but there there were wry moments of humour too which I very much appreciated. It felt much more to me like a character study of one woman, our female protagonist Mary Shields who is at a very frustrating and difficult moment in her life. She is struggling with the menopause and all the symptoms that accompany it including mood swings, hot flushes, night sweats and weight gain. Additionally, she has an incredibly stressful job as a probation officer and often has to deal with quite harrowing cases involving children and the individuals she monitors are often sex offenders, hardened criminals or drug addicts that have heart-breaking back stories of their own.

When we first meet Mary in Worst Case Scenario she is at the height of her emotional and personal struggles and is starting to get to the point where she just doesn’t care anymore. She has informed her superiors that she is planning to resign so feels a new freedom of being able to do and say whatever she wants to her clients – after all, she’s leaving, what’s the worst that could happen? Then she encounters a new client, Liam Macdowell, who has just been released from prison who causes her all kinds of new problems. The decisions that Mary ends up making now, in this uneasy and stressful part of her life have the potential to cause repercussions not only for herself but for those closest to her. 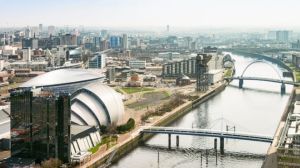 What made Worst Case Scenario such a different read for me? I think it was a combination of multiple elements. Mainly, it was our protagonist, Mary. I loved reading about an older woman going through the menopause which is often a subject you don’t see explored in fiction and should definitely be highlighted a bit more. She was grumpy, she was irrational, she made some hideously bad decisions and at some points, I just wanted to scream at the book: “No Mary, don’t!” but she was such an authentic and believable character because of these things. It was also touching to read about her vulnerabilities, her worries about her husband and her own sexuality and her caring nature towards the troubled individuals that she has to monitor. As a reader, it made you want to root for her even if at times you just wanted to cringe and cover your eyes a little bit!

Additionally, being Scottish I’m always a huge fan of a Scottish setting and Helen Fitzgerald has captured this beautifully in the novel. I felt instantly back at home and as I read this just after a short trip back to Edinburgh, it made the experience strangely comforting, despite the often dark subject matter of the story. Finally, the author has written a fantastic narrative that really makes you want to keep reading with moments that may not necessarily be conventionally “thriller-like,” but are truly gasp-worthy all the same. After this particular ending…. well, I NEED to know what happened next!

Helen FitzGerald is the bestselling author of ten adult and young adult thrillers,
including The Donor (2011) and The Cry (2013), which was longlisted for the
Theakstons Old Peculier Crime Novel of the Year, and is now a major drama
for BBC1. Helen worked as a criminal justice social worker for over fifteen
years. She grew up in Victoria, Australia. She now lives in Glasgow with her
husband.

Find Helen on Goodreads at: https://www.goodreads.com/author/show/4341584.Helen_Fitzgerald

Thank you so much once again to Anne Cater, Karen Sullivan and Orenda Books for inviting me to take part in this blog tour, I’ve had a wonderful time doing it. Worst Case Scenario will be published on 16th May 2019 and will be available as a paperback and a digital e-book. If you fancy more information don’t forget to check out the rest of the stops on this blog tour for some amazing reviews! 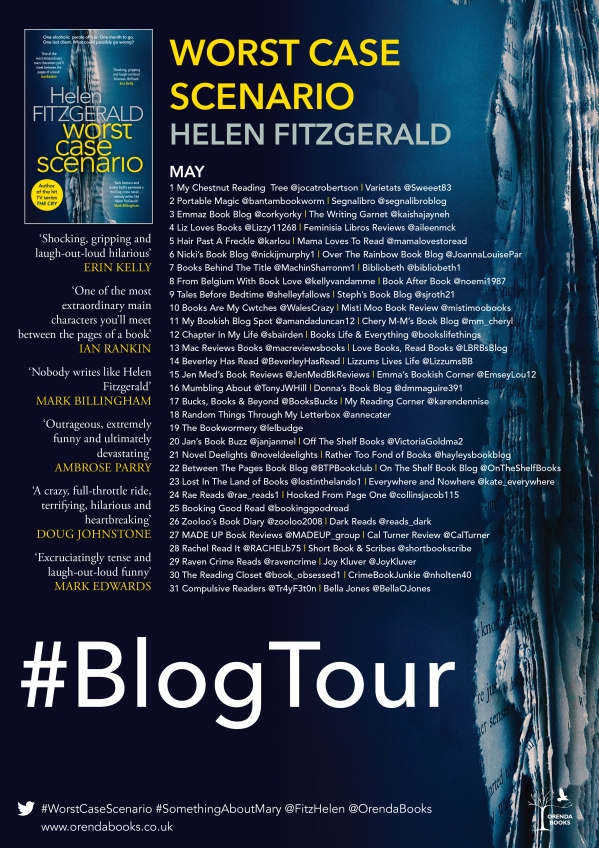