Five years after their disappearance, the village of Monteperdido still mourns the loss of Ana and Lucia, two eleven-year-old friends who left school one afternoon and were never seen again. Now, Ana reappears unexpectedly inside a crashed car, wounded but alive.

The case reopens and a race against time begins to discover who was behind the girls’ kidnapping. Most importantly, where is Lucia and is she still alive?

Inspector Sara Campos and her boss Santiago Bain, from Madrid’s head office, are forced to work with the local police. Five years ago fatal mistakes were made in the investigation conducted after the girls first vanished, and this mustn’t happen again. But Monteperdido has rules of its own.

This review comes with a big thank you to Quercus Books who drew my attention to this book when they hosted a bloggers event just before Christmas that showcased some of the works they were most excited about for 2019. Now I’m a big fan of thrillers, especially those with a literary edge like Village Of The Lost Girls but I’m also constantly hungry to read novels that are set outside the countries that I normally associate with thrillers i.e. Scandinavian/Nordic and Tartan Noir or even those set in Germany, America and my home country of Great Britain. As a result, this novel left me with a wonderful sense of place for the remote village set in the Pyrenees with all the drama, tension and politics that living in a small community can offer, especially with a potential kidnapper in their midst. 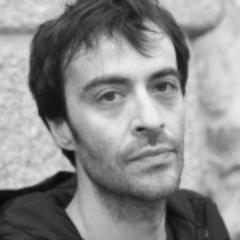 Agustin Martinez, author of Village Of The Lost Girls.

As with all good mysteries, it’s best to go into this novel knowing as little as possible so I’m afraid I’m going to keep the remainder of this review annoyingly vague and just let you know my thoughts about the story. To be perfectly honest, I don’t think it’s going to be a book for everyone, especially if you prefer a faster paced plot. Village Of The Lost Girls is very much a slow burner of a read and instead, appears to focus much more on the study of various different characters within the community rather than what happened to the two missing girls. There is still an investigation of course, and we hear much more from specific characters like our lead female protagonist, Sara Campos and the parents of the missing girls but events occur much more slowly and deliberately than you might expect when compared to your average thriller. This isn’t a bad thing at all. In fact, I feel like if you enjoy novels by Tana French, you’re really going to enjoy this but on the other hand, if you prefer your plots fast and furious, you might get a little frustrated with the pacing of this one. 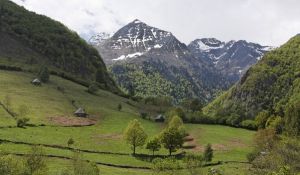 Village Of The Lost Girls is set in a village near The Pyrenees mountain range.

Where do I sit with this novel? Somewhere firmly in the middle. There were parts of the narrative and characters that I absolutely loved and just wanted more from. Sara and Ana were particular favourites of mine and I was quite impressed at how well they were written from a male point of view. However, this story does involve a vast array of different characters, some of whom we learn a lot about, others appear sporadically. Normally, I enjoy a large cast of individuals in a novel but for some reason, in this story, I found it at times to be a bit too overwhelming and slightly confusing. Perhaps it was just me! As a result, I found becoming fully invested in the story as a whole a bit difficult as I constantly had to keep reminding myself who was who in the grand scheme of things.

Saying that, I really cannot fault the author’s writing style or ability to create such a stunning setting for his story just by using words. The forests, mountains and desolate environment play such a huge part in this novel and are almost characters themselves in their own right. Gradually, piece by piece, the puzzle begins to make sense but it’s not until the very end that you finally find out exactly what has been going on. I was delighted that I didn’t guess the person responsible but strangely enough, it wasn’t as big a shock as I would have hoped for. Nevertheless, there is one surprising incident that I wasn’t expecting so I was pleased that Martinez managed to pull the rug from out under me in that respect. Would I read another book by this author? Yes, I think I would for the descriptive writing style alone and additionally, I would be much better prepared in the future for a larger cast of characters.

4 comments on “Village Of The Lost Girls – Agustin Martinez”