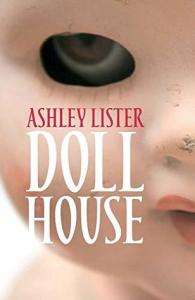 Following the death of his best friend, author Ben Haversham is crippled by a terminal case of writer’s block. The isolation of his agent’s remote cottage, nestled in an out-of-the-way village, seems like the ideal location for him to rekindle his creativity.

Except, Sandalwood village, with its curious museum the ‘Doll House’, is not as idyllic as it first appears.

There is a history to Sandalwood. There are nefarious plots and dark secrets held by the sinister souls who reside in Sandalwood. And there are dark and dangerous characters determined to keep those secrets.

Even if his own ghosts hadn’t followed him to Sandalwood, Ben discovers that he would still have been haunted by the many malevolent spirits that reside in the village beneath the shadow of the Doll House.

First of all, a huge thank you to Anne Cater for inviting me to take part in this blog tour and to Caffeine Nights Publishing for sending me a review copy in exchange for an honest review. I’m a huge fan of all things horror (raised as a child on Point Horror then graduating to James Herbert, Dean Koontz and Stephen King) but I’ve read surprisingly little of it in recent years. I’m not sure why, I seem to have difficulties finding anything that stands out in the genre, or wins both the popularity contest and legions of fans which usually attracts my attention on social media. Well, I’m so glad that this was brought to my attention because as soon as I read that synopsis, I knew it was time to dip my toes into the genre again and find out whether I still had the strength of stomach to deal with it.

Do you need a strong stomach for Doll House? Absolutely. It’s incredibly graphic in points both in horrific descriptions of violence and in one case, sexually graphic so if you’re prone to a bit of queasiness, just warning you now. However, I was delighted that my stomach seemed to be as steady as I remembered and I found this a fascinating, disturbing and incredibly memorable novel in the way that parts of it will be demonstrably difficult to forget.

I don’t want to delve too deeply into the synopsis as the blurb above does a brilliant job of that all by itself. All I will say is that it involves a cottage where an author is working on his next novel, some terrifying goings-on with dolls, clowns, the supernatural and some very shady, untrustworthy and terrifying characters that may have ulterior motives and not necessarily our main character, Ben Haversham’s best interests at heart. The sense of isolation and unpleasant nature of the narrative is only heightened by the fact that Ben finds himself completely trapped, unable to advance beyond a certain point or indeed, exit the village at all. Additionally, how is it that Ben’s novel appears to be writing itself whilst he is sleeping and has no recollection of writing at all? Even more shockingly, what is the real purpose behind Ben’s habitation in the cottage? Is it to write his next book or is there something much more forbidding going on in Sandalwood?

Wow. This was a ride I really wasn’t expecting. Having had no prior experience with the author’s work I’m always curious about what to expect, particularly in the horror genre. I like to think of myself as being quite difficult to scare although I must confess, as I get older I do feel slightly more vulnerable to any “bumps in the night,” within a narrative! There were moments in this novel that I was genuinely petrified and was glad to have been reading it in the daylight hours and not alone in bed, particularly when our main character is so isolated and cut off from “normal” society himself. It’s a fairly short novel at 229 pages in the paperback edition and although it’s easy to consume in one or two sittings, at the same time it feels the perfect length for what the author was attempting to achieve. It’s definitely a novel that has made me more keen to branch out in the horror genre and see what I can find and of course, to read another book by Ashley Lister.

Ashley Lister is a prolific author, having written more than fifty full length titles and over a hundred short stories. Aside from regularly blogging about writing erotica, Ashley also lectures in creative writing and hosts open mic poetry events in Blackpool, Lancashire. Doll House is Ashley Lister’s second horror novel from Caffeine Nights, following on the success of the much acclaimed Raven and Skull.

Thank you so much once again to Anne Cater and Caffeine Nights for inviting me to take part in this blog tour, I’ve had a wonderful time doing it. Doll House will be published by Caffeine Nights on 28th June 2018 and is available as a paperback and a digital e-book. If you fancy more information don’t forget to check out the rest of the stops on this blog tour for some amazing reviews!