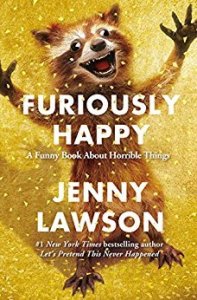 In LET’S PRETEND THIS NEVER HAPPENED, Jenny Lawson baffled readers with stories about growing up the daughter of a taxidermist. In her new book, FURIOUSLY HAPPY, Jenny explores her lifelong battle with mental illness. A hysterical, ridiculous book about crippling depression and anxiety? That sounds like a terrible idea. And terrible ideas are what Jenny does best.

According to Jenny: “Some people might think that being ‘furiously happy’ is just an excuse to be stupid and irresponsible and invite a herd of kangaroos over to your house without telling your husband first because you suspect he would say no since he’s never particularly liked kangaroos. And that would be ridiculous because no one would invite a herd of kangaroos into their house. Two is the limit. I speak from personal experience. My husband says that none is the new limit. I say he should have been clearer about that before I rented all those kangaroos.”

“Most of my favorite people are dangerously fucked-up but you’d never guess because we’ve learned to bare it so honestly that it becomes the new normal. Like John Hughes wrote in The Breakfast Club, ‘We’re all pretty bizarre. Some of us are just better at hiding it.’ Except go back and cross out the word ‘hiding.'”

Jenny’s first book, LET’S PRETEND THIS NEVER HAPPENED, was ostensibly about family, but deep down it was about celebrating your own weirdness. FURIOUSLY HAPPY is a book about mental illness, but under the surface it’s about embracing joy in fantastic and outrageous ways-and who doesn’t need a bit more of that?

I’ve been sitting on this review for a long time now, purely because I don’t know if I can put into words how much I needed this book when I read it recently. This wonderful work of non-fiction is the author’s experience with mental illness, namely anxiety and depression and it is raw, brutally honest and full of the most amazing humour, heart and soul. Jenny Lawson gives us a no holds barred account into her daily struggles keeping her mental health on an even keel but what struck me most about this book was how fantastically upbeat and hopeful it was. Jenny is determined to be “furiously happy,” despite her internal monologues attempting to make her feel otherwise and I had nothing but deep respect and admiration for the way she consistently made the best of a bad situation. 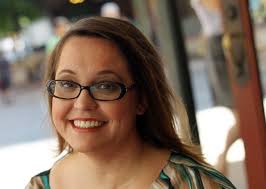 Jenny Lawson, blogger at The Bloggess and author of Furiously Happy: A Funny Book About Horrible Things.

I’m sure we all know how important it is to talk about mental health and not to suffer in silence but it’s strange, I feel like in recent years it’s become even more crucial to let people know they’re not alone. I hope everyone knows my DM box is always open and I’d hate to think of anyone out there staying quiet, hurting inside and acting in ways they might regret, purely because they didn’t feel like they had anyone to talk to. I’ve had my own struggles with mental health which began when I was a teenager and was bullied, carried on right through my adolescence with social anxiety, depression, dodgy friendships and even dodgier relationships and at the moment, even though I’ve gone through a personal year of hell, I’m feeling probably the strongest I ever have been in my life. This however doesn’t mean I don’t have bad days where I question everything including my place on the planet.

This is why Furiously Happy is so important. Personally, I respond best to humour and I often use it as a defence mechanism in my own life. I have a small but very appreciated group of close friends both online and in “real life,” and they’re well aware of using humour to bring me out of a funk or make me realise how lucky I really am in the grand scheme of things. You know who you are guys. So when I read this book I was utterly delighted to be pulled into a world that I could sympathise, understand and most importantly, see myself in the author’s writing. It’s like being taken on a roller-coaster ride of emotions, from sadness to incredulity then compassion to joy. The greatest thing is, I didn’t find it in the slightest “triggering,” as I was never too upset for long before the humour kicks in and we start hearing about voodoo vaginas or dead raccoon rodeos! Yes, seriously. 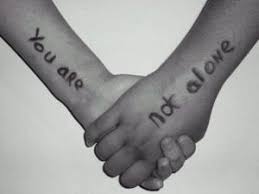 This book is my kind of humour. Dark, a bit close to the bone, occasionally quite sinister but it tickled my strange little funny bone so much that I found myself desperate to get back to it as soon as I put it down. We need people like Jenny Lawson with her self-deprecating and candid thoughts and feelings. Admittedly, it IS a bit odd in points and reads almost like a stream of consciousness but for me, this was also the beauty of the narrative. You never know exactly what’s coming next and the thrill of that for me as a reader is second to none. I understand some reviewers have commented on her overuse of capitals and that occasionally a joke will feel a bit forced, like she is trying too hard to be funny. For me, that didn’t come across. I just appreciated a brilliantly funny woman being open and honest about her own internal struggles and if it opens up the conversation and gets other people talking and receiving help, that can only be a good thing.