From the award-winning, New York Timesbestselling author of NOS4A2 and Heart-Shaped Box comes a chilling novel about a worldwide pandemic of spontaneous combustion that threatens to reduce civilization to ashes and a band of improbable heroes who battle to save it, led by one powerful and enigmatic man known as the Fireman.

The fireman is coming. Stay cool.

No one knows exactly when it began or where it originated. A terrifying new plague is spreading like wildfire across the country, striking cities one by one: Boston, Detroit, Seattle. The doctors call it Draco Incendia Trychophyton. To everyone else it’s Dragonscale, a highly contagious, deadly spore that marks its hosts with beautiful black and gold marks across their bodies—before causing them to burst into flames. Millions are infected; blazes erupt everywhere. There is no antidote. No one is safe.

Harper Grayson, a compassionate, dedicated nurse as pragmatic as Mary Poppins, treated hundreds of infected patients before her hospital burned to the ground. Now she’s discovered the telltale gold-flecked marks on her skin. When the outbreak first began, she and her husband, Jakob, had made a pact: they would take matters into their own hands if they became infected. To Jakob’s dismay, Harper wants to live—at least until the fetus she is carrying comes to term. At the hospital, she witnessed infected mothers give birth to healthy babies and believes hers will be fine too. . . if she can live long enough to deliver the child.

Convinced that his do-gooding wife has made him sick, Jakob becomes unhinged, and eventually abandons her as their placid New England community collapses in terror. The chaos gives rise to ruthless Cremation Squads—armed, self-appointed posses roaming the streets and woods to exterminate those who they believe carry the spore. But Harper isn’t as alone as she fears: a mysterious and compelling stranger she briefly met at the hospital, a man in a dirty yellow fire fighter’s jacket, carrying a hooked iron bar, straddles the abyss between insanity and death. Known as The Fireman, he strolls the ruins of New Hampshire, a madman afflicted with Dragonscale who has learned to control the fire within himself, using it as a shield to protect the hunted . . . and as a weapon to avenge the wronged.

In the desperate season to come, as the world burns out of control, Harper must learn the Fireman’s secrets before her life—and that of her unborn child—goes up in smoke.

I will always look back with happy memories when I think of The Fireman by Joe Hill. My reasons are three-fold! Firstly, it has the accolade of being my first ever buddy read with a fellow blogger, (along with Scythe by Neal Shusterman) secondly I read most of it on a two week holiday in Mexico and thirdly, it was bloody fantastic! I read this novel with the lovely Janel from Keeper Of Pages and we had an absolute ball. I was always super excited to get to a pre-defined checkpoint and find out Janel’s thoughts and I’m delighted that she enjoyed it as much as I did. For her amazing review, please visit her blog HERE. Once again, Joe Hill has smashed it out of the park with another five star read for me (haha, spoiler!) and I truly believe he’s a master of an epic narrative. The Fireman was everything that that word “epic,” means. It very much reminded me of his father Stephen King’s landmark novel, The Stand but obviously, it completely stands on its own as a thrilling, compelling tale that left me with that wonderful feeling of wanting to read just one more page.

The Fireman follows a number of different characters in contemporary times or a time not too far in our future. A horrific virus has plagued the entire world, leaving it’s sufferers speckled with marks almost like tattoos, that they term “Dragonscale.” It leaves the infected at risk of bursting into flame at any moment in their lives and often, without warning. As a result, the population has vastly decreased due to many people just burning to death. Our main character (a woman, hurrah!) is pregnant Harper Grayson who is working at a hospital as a nurse, desperately trying to help the infected. After a while, when everything seems to be falling apart, both in her life and in the world, her hospital burns down and she finds herself also infected and an outsider, seen as a danger from rebel groups who want to rid the world of the infected. She meets up with John, The Fireman who is a member of a strange group of people, also infected who have learned to control the fire within their bodies, keeping them safe. However, the danger is constant and very close and Harper must learn what The Fireman knows if she is to keep both herself and her unborn child safe and well.

Burning – one of the most frightening things I can imagine.

This book is a beast. As in number of pages, physically wise I mean! At nearly 800 pages in paperback, please don’t let the size of it intimidate you. Even though I read this with another blogger and we stopped at various places to discuss, we absolutely flew through this novel in remarkably very little time and it was one wild ride. Janel can probably testify, this book made me feel ALL the emotions. I was terribly angry with some of the characters, which I’m not going to spoil but honestly, they made me furious. Then others, I just felt so touched by. There was Harper, with her no nonsense Mary Poppins manners but who could really hold her own, protect other people and was so incredibly brave that I just felt she was a fantastic role model and female lead. 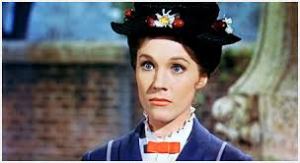 The inimitable Julie Andrews as Mary Poppins – you WILL do what I say children!!

The plot itself was so brilliant in both the execution and the imagination and preparation that must have gone into it by Joe Hill. This is the kind of book that you have to read on the edge of your seat because relaxing is just not an option, I’m sorry! Both the humour and the journey our characters go through is second to none and although it’s quite rare for a book to make me laugh out loud, I found myself sniggering quite a lot at many points in this story. Personally, I think Joe Hill just gets better and better and does both his father and himself proud with every novel he writes.

Thank you so much to Janel for a brilliant buddy reading experience!

The Fireman by Joe Hill was the twenty-ninth book in my quest to conquer Mount Everest in the Mount TBR Challenge 2018.