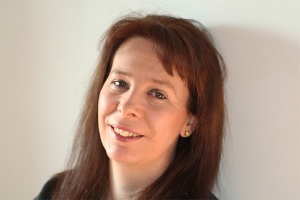 Helen Grant was born in London. She read Classics at St.Hugh’s College, Oxford, and then worked in Marketing for ten years in order to fund her love of travelling. In 2001 she and her family moved to Bad Münstereifel in Germany, and it was exploring the legends of this beautiful town that inspired her to write her first novel, The Vanishing of Katharina Linden. She then moved to Brussels for three years, and now lives in Scotland with her husband, two children and two cats. Her most recent published novel is Urban Legends, an urbex-themed thriller set in Flanders.

Click on the books to get to the link to GoodReads! 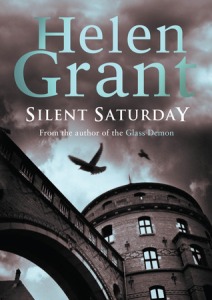 For my review of Silent Saturday, please click HERE. 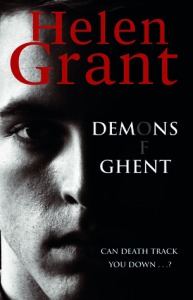 For my review of Demons Of Ghent, please click HERE. 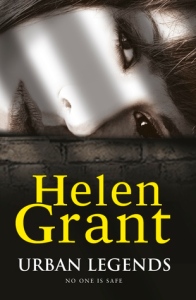 For my review of Urban Legends, please click HERE.

Why not check out some of Helen’s back catalogue too? Here are the next two on my must read list: 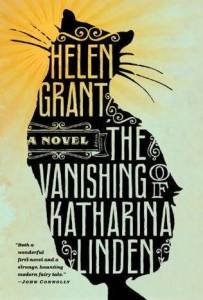 Helen’s debut novel The Vanishing of Katharina Linden was published in April 2009 and was short-listed for both the Booktrust Teenage Prize and the CILIP Carnegie Medal. 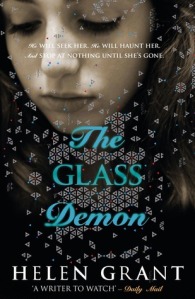 Helen’s second novel, The Glass Demon was published in May 2010 and short-listed for the ITW Awards Best Paperback Original category.

I’d like to welcome Helen to bibliobeth today and thank her for her time in giving this interview.

1.) Your Forbidden Spaces novels are set in the beautiful country of Belgium. What inspired you so much about this country to use it as a setting for your trilogy?

We actually lived in Flanders in Belgium for three years, and much of the trilogy is inspired by things I experienced there (not the serial killing bit though, I’m glad to say!). When we moved to Belgium I was still working on my third book set in Germany (where we lived before that) but I was looking around for ideas for whatever I would write next. The area we had moved to was Dutch speaking so I started Dutch evening classes, and the teacher used to tell us snippets of local culture and traditions. Apparently in Flanders the day between Good Friday and Easter Sunday is called “Silent Saturday” because none of the church bells ring that day. Children are told that this is because the bells have flown away to Rome to collect Easter eggs from the Pope! When I heard this story, the first thing I thought was that if I had been a little Flemish kid I would have been dying to get into the church bell tower on Silent Saturday and see if the bells really had flown away! And that was what inspired the very first scene of the first book in the trilogy. The heroine, Veerle, who is only seven years old at the time, climbs the tower of the village church with her friend Kris. They are a bit disgusted to discover that the bells are still there, i.e. the grown ups have lied to them. Then they look out of the window and see something terrible happening in the village below. That crime reverberates through the entire trilogy. 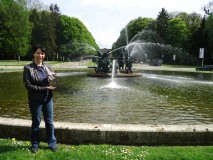 The author, Helen Grant in Tervuren, the town where Veerle goes to school in the first novel, Silent Saturday.

The locations in the books – Tervuren park, the Gravensteen castle and Saint Baaf’s cathedral in Ghent, the abandoned factory, the Brussels sewers – are all real ones and I visited most of them for my book research. I really enjoyed visiting the sewers! Sewer systems are one of the most dangerous urban exploration environments of all – there are flash floods, posionous gases, the risk of getting lost and never getting out, not to mention rats and creepy crawlies. It’s all there. A very inspiring setting if you are writing a gritty thriller!

The Brussels sewer system – the perfect place for a show-down!

2.) In Silent Saturday, we are introduced to one of the most frightening villains that I think I’ve ever read about. Did you find it difficult to get inside the head of someone so innately wicked?

Does it sound weird if I say no? I actually enjoyed writing the scenes with De Jager (the villain) in them. That’s not because I like the things he does. He’s a monster. It’s more that I wanted to take the gloves off and create a really horrific villain. Someone extreme. In my earlier books, it tends to be all about the nasty discoveries after the crime has taken place; this time I wanted to create a real feeling of direct threat. My other villains also tended to have their reasons for killing, even if they were very twisted ones, but De Jager just enjoys hunting down other people. He doesn’t want to relate to his victims as human beings with feelings and motives at all, and one of the things I relished was his dismay when he is forced to start thinking about Veerle and Kris and what they may do.

3.) Our heroine Veerle loves taking risks and in the second novel, Demons of Ghent we see her exploring the rooftops of the city. How much of yourself do you see in our main character?

Ha! Quite a lot. I’m more law-abiding than she is, and I definitely don’t have her head for heights(!), but I totally “get” her interest in urban exploration. I enjoyed writing the Forbidden Spaces trilogy more than anything else I’ve ever worked on. It was partly because I loved doing the research trips but also because I think Veerle’s life is incredibly cool, even with the problems she has.
The other thing is Veerle’s relationship with her mother. I based Claudine on my own grandmother, who also suffered very badly from anxiety. It’s very tough supporting someone who has those kind of issues. You can love them to death but still be exhausted with trying to support them. I really empathise with Veerle’s struggle to do the right thing for everyone including herself. 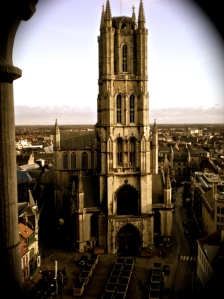 The beautiful St Baaf’s Cathedral in Ghent seen from the Belfort Tower, both of which feature in the opening scene of the second novel, Demons Of Ghent. 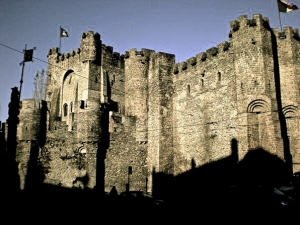 Gravensteen Castle, Ghent where Veerle and Bram spend a night, also in the second novel, Demons Of Ghent.

4.) In the final book of the trilogy, Urban Legends, old ghosts return to haunt Veerle and her family is put under the spotlight like never before. Was it important for you to write about family dynamics in a real and honest way? Do you see a happy future for Veerle?

Yes, it was very important to me. I think a huge part of writing a successful thriller is to make the characters come alive. You have to care about them and believe in them for the story to be exciting and convincing. Plus the plot of the book wouldn’t happen in a vacuum – everyone has family or relationship stuff going on in their lives.
I do see a happy future for Veerle. She has had to be self sufficient at a very early stage in her life and she can be quite spiky and also impulsive. But she is brave too and she is actually a very caring person in spite of her impetuous side. There’s a moment in Demons of Ghent where she is asked to do a favour for someone she doesn’t like, who is in desperate straits, and Veerle does it even though she knows it is going to get her in a lot of trouble. I think she deserves some happiness, and I think she is going to get it in the future – I think bravery and empathy are a great combination.

5.) Are you working on anything at the moment and can you tell us a little bit about it?

Yes, I’m working on a new book unrelated to the Forbidden Spaces books. It’s set in Scotland, where I live now. I’m actually doing a lot of planning and thinking at the moment about where I want the story to go. I think it’s safe to say that it is a mystery and it has some Gothic elements to it. The part of Scotland where I live, Perthshire, is just crying out to have stories written about it. The countryside is full of history – ancient castles, ruined churches, mysterious standing stones. I want to try to make the most of that!

Now for some quick fire questions!

Real book. I read in the bath! An eReader would be wrecked the first time I dropped it.

Hmmm. Both. The one thing I don’t like though, is a series which is one story hacked into chunks. I like each book to have a satisfying conclusion.

Both, but mainly online – not because I don’t want to support bookshops but because the nearest one is about 17 miles away!

Mostly dog-earing, except for old or rare books.

Once again, a HUGE thank you to the lovely Helen Grant for giving up her time to do this interview (and for the fab photographs!). I’m very excited now to explore some of her back catalogue and will probably start with her debut novel, The Vanishing of Katharina Linden. Look out for a review of this and her second novel, The Glass Demon on bibliobeth soon.

Urban Legends completes The Forbidden Spaces trilogy and was published by Corgi on 26th March 2015. This series and of course Helen’s other novels, are available to buy from all good book retailers now!