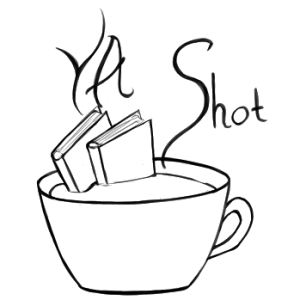 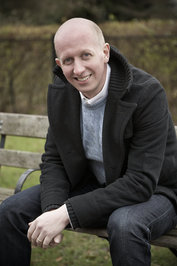 Piers Torday’s bestselling first book, The Last Wild, was shortlisted for the Waterstones Children’s Book Award and nominated for the CILIP Carnegie Medal as well as numerous other awards. His second book,The Dark Wild won the Guardian Children’s Fiction Prize. The third book in the trilogy, The Wild Beyond, will be published in 2015.

Click on the books to get to their description on GoodReads! 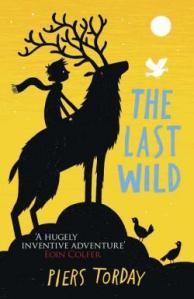 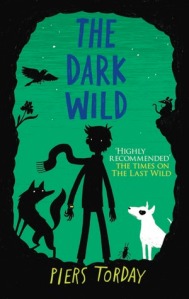 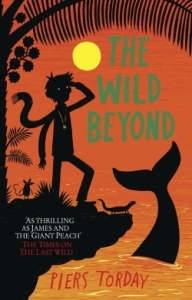 I’d like to welcome Piers to bibliobeth today and thank him for his time in giving this interview.

1.) The Last Wild is the first book in your award-winning trilogy and features Kester, the modern day Doctor Dolittle, whose world is threatened by the disappearance of all the animals. What made you decide that Kester should only be able to talk to the animals and not the humans?

Since the Second World war we have seen an epic decline in biodiversity across the globe. Over 40% of species on earth are either extinct or are severely endangered. The reasons for this are multiple, from climate change, to overfishing, pollution, habitat loss, to the spread of disease through global air travel – the list goes on. And the people who will have to ultimately deal with the consequences of a less diverse planet are the children of today. I felt that they were coming into a world where the many wonderful and unusual creatures – who not only share this planet with us, but are critical to its survival – had their needs completely overlooked by one dominant species.  I am not saying that animals had a “voice” before but perhaps there was more of a balance. So I wanted a hero who could connect with that sense of biological disenfranchisement. And, of course, who also often feels they don’t have a say in the direction of their lives? Children. I thought an ability to speak for an ignored majority but not to their shared adult overlords would provoke the sympathies of young readers for the natural world around them.

2.) In the second book, The Dark Wild, the animals decide to get their own back on a world that destroyed them. Do you have a soft spot for any animal character you have written in particular?

I have a soft spot for all my characters, and the animals probably were more fun to write because they are so colourful. I really enjoyed writing the White Pigeon because I have always loved that very silly British word-play, and yet he also surprised me with his heart and bravery. The Wolf Cub is very popular with readers and he was also fun because I think he is a bit like the showoff child I was! The whale was the most challenging – trying to find a poetic language that made sense, and was mysterious while remaining accessible to readers. And of course the Eagle – because he says so little! 🙂

3.) The final book in the trilogy, The Wild Beyond has recently been published with Kester facing the toughest challenge ever and coming up against some dastardly villains! What inspired you to write villains like Auntie Fenella, Selwyn Stone and Captain Skuldiss?

From my own childhood on, I have always enjoyed great villains – from Bond baddies to scary Tolkien wraiths and spiders – and wanted to give my readers the same satisfaction. But it is too easy to create a cod or arch villain who is only scary on the surface, and there is little enjoyable jeopardy to be gained from a perilous situation where the villain doesn’t pose a real threat. So I looked to the villains who scared me the most. Skuldiss, the most sinister of the lot, is inspired by the Child-Catcher from the film of Chitty Chitty Bang Bang, only he is an animal catcher – but with the same psychotic glee. Fenella is my tribute to some of the great Disney movie villains like Cruella de Vil or Ursula from the Little Mermaid – vampish and over the top but also seriously nasty. Selwyn Stone was the hardest to write because he is ultimately deranged but he is a real complex person with an ambiguous moral centre. He believes genuinely he is doing the right thing, despite the vast destruction it causes. All I will say is that perhaps some recent notable political figures helped with that one!

4.) You are appearing at YA Shot in Uxbridge this year chairing a panel about nature as a character and concern in YA. Is it crucial for you as an author to get an important message across in your books?

I don’t really have a “message” as such, and don’t really like books which feel didactic or judgemental. But I think an enjoyable read is always about more than just the story. I have no particular view on which of the many proposed strategies to deal with climate change and mass extinction are the right ones, not being a scientist or politician – but I hope my readers are moved to think about the questions involved. Do animals have a right to conservation and protection? What would you be prepared to sacrifice to save the planet? Are there too many of us for a sustainable future on this planet? I think the role of landscape in fiction, in such a rapidly changing world, is going to be major when it comes to defining memory and experience and I think we’re going to have  a cracker of a discussion on this at YA shot.

5.) Do you believe that libraries still play an important role in inspiring young people to read?

Libraries are crucial civic spaces and should be cherished as such. In a hectic, screen dominated world, they offer vital opportunities for reflection and discovery. For some they might provide the only opportunity. It is librarians, and not algorithms, who can recommend books which might just possibly change the course of a child’s life, suggest that book which is a gateway to a lifetime’s journey  of knowledge and curiosity.

6.) Have there been any authors in particular that inspired you as a writer? How do you see the future of YA/MG fiction?

I have been inspired by so many – as a child, Roald Dahl, C S Lewis, Eva Ibbotson, T. H. White – and as an adult, J K Rowling, Patrick Ness and David Almond, to name but a few. Who knows what the direction of YA/MG fiction is, certainly not me. But what I do know is that without doubt it is the most exciting place to work in publishing at the moment. The best fiction for young people seems able to discuss big ideas, experiment with form, maintain narrative drive, AND actually sell books. Win win all round as far as the novel is concerned.

7.) Are you working on anything now and can you tell us a little bit about it?

I am working on a new book, a standalone, which comes out next autumn but it hasn’t been announced yet so I can’t say a thing – but I am very very excited and hope readers will be too.

Now for some quick-fire questions!

E book or real book?
Real book! E-books are good for reading on airplanes or in the dark but that’s about it.
Series or stand alone?
I think standalone – series are great, but people always have their favourite and one off books perhaps make the most impact?
Fiction or non-fiction?
Fiction – I can never finish non-fiction books although I do enjoy them.
Online shopping or bookshop trawling?
Online shopping for instant gratification, bookshops for pleasureable discovery
Bookmarking or dog-earing?
Dog-earing!
Once again, a big thank you to Piers for his efforts in making this interview possible. All three books in the Last Wild series are out now and are available from all good book retailers.
Come visit bibliobeth again tomorrow where I will be reviewing the second book in The Last Wild series – The Dark Wild.