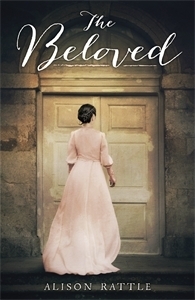 Escape from a bullying mother takes one young woman to an even more dangerous place.

Alice Angel has known only a life of rules, restriction and punishments as she strays from the rigid path of Victorian proprietary that her mother has set out for her. A constant disappointment to all but her doting father, she longs for the day that she might break free from the stifling atmosphere of her mother’s rule.

After a chance encounter with a charming stranger, and a final incident with her family that sees her condemned to the madhouse, Alice sees her opportunity to run and grasps it with both hands. She escapes to join the Agapemonites in their Abode of Love, where ex-Reverend Henry Prince rules his isolated colony of women as their Beloved. Prince ignites a passion in Alice that she never knew existed, and she dares to think she might be free at last.

But as Alice becomes more deeply drawn into the life of Prince’s strange religious sect, secrets are revealed that seem to hint at a darker nature lurking behind the man’s charm. Instead of freedom, is Alice in fact more trapped, alone and in danger than ever before?

This is Alison Rattle’s third historical novel following the wonderful The Quietness and The Madness, both of which I thoroughly enjoyed and cemented her as one of my “auto buy” authors i.e. without even reading a synopsis I have faith that her books are going to move me in some way and she hasn’t proved me wrong so far. As with her previous two novels, Alison features a strong young female heroine, in this case Alice, who lives with her emotionally abusive mother and her father and brother who she is closer to. Her mother is incredibly manipulative and seems to delight in punishing her daughter when she strays too far from what she thinks a young Victorian lady should be.

The final straw comes for Alice when her mother manages to convince the family that she is insane and should be committed to an asylum. After listening to a stranger preach and being passionately affected by it, Alice decides to run away and join his group, The Agapemonites which is a woman’s only colony of a new religious order ruled over by Henry Prince known to the women who stay with him as their Beloved. At first, Alice is overwhelmed by a satisfied feeling of relief that she has finally figured out where she belongs and idolises Henry, looking for any opportunity to be closer to him and drink in his magical words.

Then things start to feel a bit wrong and certain practices which involve some of Alice’s new friends seem slightly abhorrent. When Alice is chosen for a privileged position at Henry’s right hand her worst fears may be about to be confirmed. Has she escaped one prison environment for another? More importantly, does she have the strength to disappear again and where would she go, estranged from her family as she is?

One of my favourite things about Alison Rattle’s books is how she draws on factual events from history and interprets it in a new and exciting way. As the author mentions in her Historical Notes yes, there actually was an “Abode of Love,” established by one Henry Prince in 1846 that he built in order to brain-wash a certain type of woman that he was the new Messiah. I hadn’t heard of this before and was absolutely fascinated, inspired to carry out my own research on the subject.

The characterisation is magnificent, I loved the strong yet vulnerable and naive Alice, shook my head a few times in disbelief at Alice’s mother Temperance, became exasperated by the weakness of Alice’s brother Eli and read mostly with my mouth (most unattractively) agog at the dealings of Henry Prince. The author has a real gift for pulling the reader right inside the novel and always manages to surprise me with the slickness and excitement of her plot. There is one particularly shocking scene which I won’t spoil but I guarantee everyone who reads it will be moved in some manner. With this third novel, Alison Rattle has without a doubt made it onto my favourite authors list and I even feel slightly jealous that those of you who haven’t read her yet have three fantastic novels to discover while I wait impatiently for the fourth!

Please come back to visit tomorrow where Alison Rattle will be visiting bibliobeth for an interview where she will answer what we all want to know – does she dog ear her books?!

6 comments on “The Beloved – Alison Rattle”