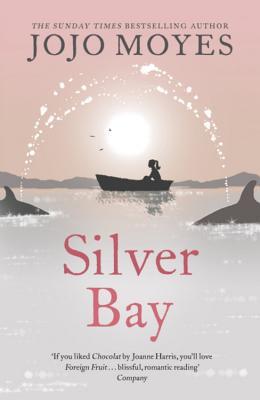 When Mike Dormer heads out from London to a small seaside town in Australia to kick-start a hotel development, he expects just another deal. But Silver Bay is not just any seaside town, and the inhabitants of the eccentric ramshackle Silver Bay Hotel – the enigmatic skipper Liza McCullen, her ten-year-old daughter, and her legendary shark-catching aunt Kathleen, as well as the crews of the local whale-watching boats – swiftly begin to temper his own shark-like tendencies. He is left wondering who really has the greater right to the bay’s waters. As the development begins to take on a momentum of its own, and the effect on the whales that migrate past the bay begins to reveal itself, Mike’s and Liza’s worlds collide, with dramatic results. New, unforeseen hazards emerge to confront both the creatures and the McCullen women. How close can you get, before you end up destroying what you love?

I’m setting myself a bit of a challenge by reading the back catalogue of some of my now favourite authors, Jojo Moyes being one of them after I fell in love with her (not literally) when reading the wonderful Me Before You. Silver Bay is a beautiful, thought-provoking story involving whales, family/old traditions, gut-clenching life-changing decisions and of course, love. The novel kicks off by introducing our main character, Mike Dormer who works for a developer in London. He is incredibly ambitious and hopes to rise further in the company which shouldn’t be a problem as he is engaged to the manager’s daughter! The relationship is a tad shaky on Mike’s side however, he appears to be a bit of a commitment phobic and enjoys secret trysts with the secretary from time to time. His new project is to work on developing a major leisure complex in a tiny town in Australia called Silver Bay. His boss makes no secret of the fact that his future in the company is 100 percent secured if he manages to clinch this deal but first he has to go over there and scope out the possibilities.

The other characters in this novel are based in Silver Bay, a beautiful and remote area that relies on the whale and dolphin watching expeditions it offers to attract the tourists. Kathleen, who runs the local inn and less visited museum is somewhat of a local celebrity, known as “shark girl,” for catching the largest shark on record at that time. Her niece, Liza who is a single mother to Hanna, runs the whale and dolphin tours. One of the other threads of this story is the secrets that this family seems to harbour. Liza and her daughter arrived from London some years back to stay with Kathleen after something terrible happened. What exactly, the reader has to wait to find out but Liza has become very introverted, deeply unhappy and ridiculously overprotective of Hanna as a consequence. The only pleasure she gets from life is out on the ocean with the whales and it appears to be the only time when she is at peace.

When Mike arrives at Silver Bay, he decides it is indeed the perfect spot for development and sets the ball rolling back in London, not thinking about the effect a re-development of the area will have on Kathleen and her inn, Liza’s business or indeed the wildlife in the surroundings. Well, maybe he has some idea as he chooses to keep schtum about all these things, leading the women to believe he is a regular English tourist out to see some whales. As he spends more time with the family however, he starts to understand a few things about nature, about life and about love. This puts him in quite a precarious position though as not only are the wheels already in motion on the project, he could lose everything he has every worked for if he brings it to a halt (even if he could).

This is another beautiful story by Jojo Moyes and I’m really starting to congratulate myself on rummaging through her back catalogue as there are definitely some hidden gems. I’m a big fan of anything nature-related as well and have had the pleasure of swimming with dolphins so that gets another thumbs up from me, especially when it’s told in such a sensitive and intelligent manner. The characters, as always, are intriguing and occasionally infuriating, in a way that makes the reader just want to know more and I loved that it was told from multiple points of view so you got an insight into each individuals mind and emotions. I wasn’t very enamoured with Mike to be honest when the story first began, but his character went on such a journey I may have warmed to him slightly… There’s love triangles, secrets, tragedy, old love, young love, love “just for the sake of it” love and moments of pure heart-break that made this novel such a joy to read. Jojo Moyes, I salute you. You’ve done it again.