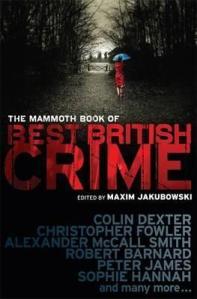 This story was originally entitled Morse and The Mystery of the Drunken Driver, and was released in three parts by the Daily Mail newspaper. It was written sort of as an after-thought by the writer Colin Dexter, who had already killed off the character of Morse, much to fans dismay. This specially written story provided a look into the university days of a young Morse and is told from the perspective of his friend Philip, who serves as our narrator, and also a curious on-looker to a mystery which seems to heavily implicate the young Morse.

I have never read any of the Morse novels before so when this short story came up on my list, I thought it would be a good opportunity as an introduction to the infamous detective. This story is about a younger Morse, when he was a student at Oxford, and told from his friend Philip’s point of view. Whilst studying, the two young men both acquire rooms at the The Firs, owned by Helen Lloyd and her husband Jeff, a car salesman. Morse has acquired the nickname “Pagan,” which refers to his atheist viewpoints, and is how he is referred to by his friend Philip. It is fair to say that both young men are a bit in love with Helen Lloyd and look back on their time there with fondness. However, it is over a Christmas period a couple of years later that the mystery begins, after a car has crashed into the Lloyd’s front garden, obliterating the fence and ruining the couple’s prized lawn. Philip is passing by and on viewing the carnage, is worried and rings the doorbell to check that they are not hurt. Helen Lloyd, on answering the door, appears to be acting very strangely, and does not want to ring the police immediately although she does show Philip a number plate that she retrieved from the wrecked lawn. She offers Philip a room for the evening and asks if he would call his friend Morse to assist. But who is the drunken driver? And why does Philip think his friend may be lying to him?

I have to apologise to all die-hard Morse fans and confess I was really disappointed by this story. And I found myself asking the same questions at the end of the tale – it seemed a bit over-complicated and confusing to me, and I do usually enjoy a good mystery. It was interesting to read about Morse as a younger man, from what I usually associate him with (the television series with the excellent John Thaw), and it wasn’t completely without promise. However, I found myself scowling with frustration towards the end, as I just couldn’t buy into “what actually happened.” I do hate it when the finale doesn’t live up to previous expectations, that being said I’m not saying I wouldn’t try another Morse story in the future. Perhaps I just need some recommendations? I’d love to know your opinion if you’ve read this!

NEXT SHORT STORY: Pilgrims by Julie Orringer from the collection How To Breathe Underwater

It’s the weekend! To celebrate I’d like to share Book Haul #1 from my fabulous day at 66 book club in Hemel Hempstead. With 80% off all books I couldn’t resist but go a bit mad. I even managed to buy a couple of favourites for my favourites shelf which I’ve only had in Kindle copy up until now. In this haul, that is Gillespie and I by Jane Harris. I was thrilled to find this and can’t wait to re-read it! From the others I think I’m most looking forward to Bitter by Francesca Jakobi after @keeperofpages said it was one of her favourite reads of last year. That was me sold! Have you read any of these? What did you think? 🤔📚 #bookstagram #bookworm #bookhaul #bargainbooks #66bookclub #unsheltered #barbarakingsolver #gillespieandi #janeharris #bellmanandblack #dianesetterfield #bloodorange #harriettyce #bitter #francescajakobi #icanthelpmyself