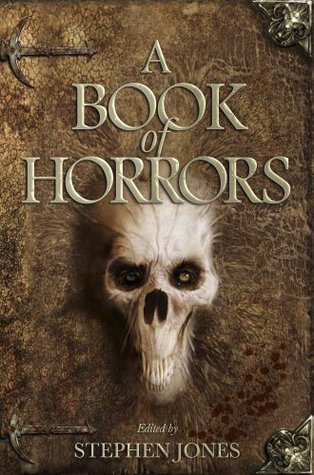 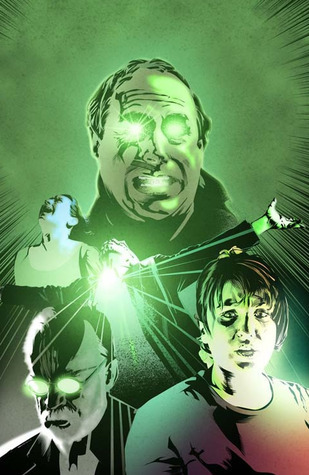 What’s The Little Green God of Agony all about?

Stephen King’s short story, the opener of Stephen Jones’s 2011 anthology, A Book of Horrors, and included in Ellen Datlow’s The Best Horror of the Year, Volume Four, tells from the point of view of his doubting nurse the tale of a paraplegic millionaire who wants to exorcise his pain. Katherine “Kat” MacDonald is an RN hired to care for wealthy client, Andrew Newsome, who has gone from doctor to doctor trying to find a quick cure for his lingering pain to no avail. She is convinced that he would overcome the injuries he sustained in an airplane crash but he is unwilling to endure the pain of physical therapy. In desperation, Newsome has hired a healer, Reverend Rideout, who promises to “expel” his pain.

As regular readers of my blog will know, I am a huge Stephen King fan and jumped at the chance to include this short story by him, which has not been published in any of his other collections. As usual, for me, King does not disappoint. The story opens with a man who is lying in bed in a great deal of pain and talking about the accident that left him in this manner to an as yet unnamed gentleman. Meanwhile his therapist Kat is trying to relieve his pain by a number of different methods. Kat is our narrator, and while treating Andrew, she whispers aside to the reader that she is able to predict exactly what he is going to say next. It is obvious she has heard this story many times before and is finding it slightly tiresome. She does believe her client when he says he is in pain, however she is somewhat unsympathetic as he does not seem to be making an active effort to get better, in her opinion. It turns out that the gentleman Andrew is regaling with his unfortunate (and from what he seems to think, heroic) accident is a healer, that he has employed to rid him of his pain once and for all. Kat is incredibly sceptical, assuming the healer – Reverend Rideout, is a sham, and capitalising on Andrew’s desperation for relief. However, the process of healing for Andrew turns out to be less “mumbo jumbo,” and more terrifyingly real.

I really enjoyed this story, it was absolutely perfect in length, just long enough to reel you in, and short enough to leave you begging for more. I loved seeing the scene from Kat’s perspective, and also sympathising with Andrew, having some personal experience of chronic pain myself. The Reverend Rideout is a fantastic character, mysterious and yet strangely entertaining. He asks Andrew to visualise his pain – what form does it take? What colour is it? Hence The Little Green God of Agony. I’m sure when King wrote this he was reminiscing on his own painful road to recovery after the accident that nearly killed him. And the ending? Well, thank you Mr King, you completely creeped me out. I had to walk home in the dark after this….

Happy publication day to Jo Spain and @quercusbooks with her latest stand-alone thriller, Six Wicked Reasons. Thank you to Quercus for the #gifted copy. 🤔 If you haven’t tried Spain’s writing yet, it really is a treat - you never quite know what you’re going to get. 🤔There are always fascinating characters, an intricate plot and moments to keep the reader guessing. 🤔This is the second Jo Spain I’ve read, after adoring Dirty Little Secrets last year and I always worry that I’m never going to get to grips with all the characters. 🤔After a few chapters, this worry melts away and I thoroughly enjoy the variety of interesting personalities she presents. 🤗Solid four star 🌟 🌟 🌟 🌟 read for me and I’m looking forward to exploring more of the author’s back catalogue! #bookstagram #bookworm #quercusbooks #jospain #sixwickedreasons